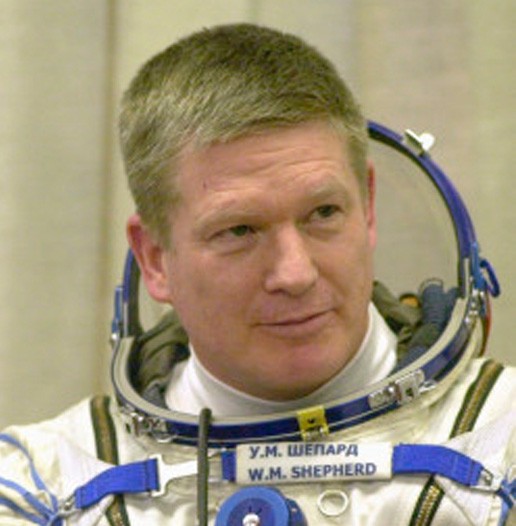 Captain Shepherd is a retired Navy SEAL and NASA Astronaut. He served as a platoon commander and operations officer in SEAL Teams on both coasts. Capt. Shepherd was selected as one of 17 new NASA astronauts in 1984. He completed three space flights as a mission specialist flying on shuttles  Atlantis,  Discovery, and Columbia. In 1993 Capt. Shepherd was assigned as the Program Manager for the International Space Station and then in 2000 served as the commander of Expedition-1 onboard the new station. He retired from active duty with the Navy and was USSOCOM's Science Advisor from 2008 to 2011, where he managed the Special Operations Forces’ science and technology portfolio. Capt. Shepherd was designated an Honorary Naval Aviator by the Chief of Naval Air Warfare; his awards include the National Intelligence Medal, the Komarov Diploma, the Gagarin Gold Medal, the Robert H. Goddard Trophy, and the Congressional Space Medal of Honor.