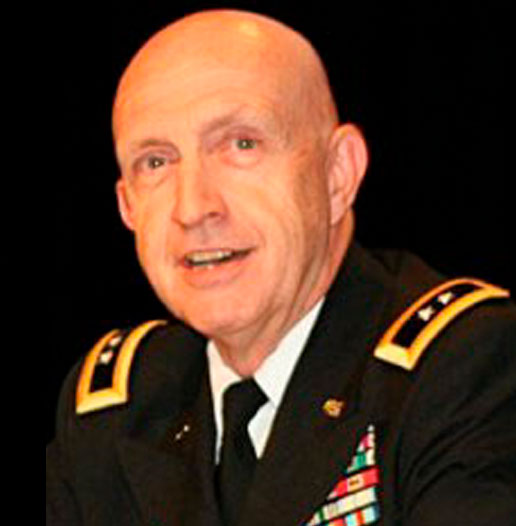 Major General Nick Justice retired from the United States Army after serving over 42 years as an American Soldier. He began his Army career as an enlisted soldier. His experiences opened new doors in high performance computing, electronic warfare, telemetry analysis,telecommunications, as well as experiences in Legal and Leadership in the Infantry. Highlights of his career include assignments with NATO during Dessert Storm where he built Command and Control Systems; Project Manager for Force XXI Battle Command Brigade and Below fielding Command and Control Systems to American and Allied Forces during Operation Iraqi Freedom; Program Executive Officer for Tactical Command and Control Systems and the Commanding General of Research, Development, & Engineering Command at Aberdeen Proving Ground.

In January 2015, Maj. Gen. Justice was named the new Executive Director of PowerAmerica, the public-private power electronics manufacturing institute that will be located on NC State University’s Centennial Campus. PowerAmerica is funded by a $140 million grant from the U.S. Department of Energy. The institute will unite academic, government and industry partners in an effort to revolutionize energy efficiency across a wide range of applications, including electronic devices, power grids and electric vehicles