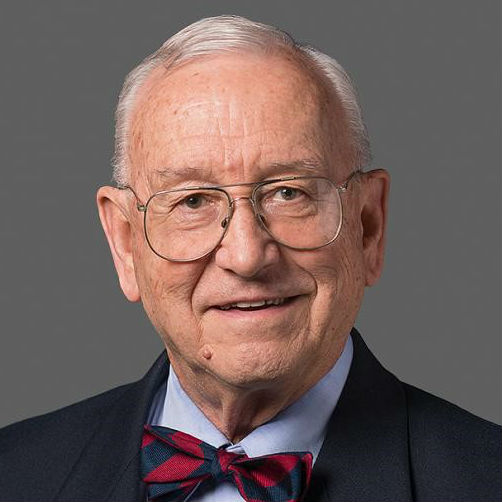 Chairman and CEO of Technovation, Inc.

Paul G. Kaminski is Chairman and CEO of Technovation, Inc., a small consulting company dedicated to fostering innovation, and to the development of business and investment strategies related to the application of advanced technology in the aerospace and defense sectors.

Dr. Kaminski served as the Under Secretary of Defense for Acquisition and Technology from October 3, 1994 to May 16, 1997. He was responsible for all Department of Defense (DOD) research, development, and acquisition programs. He also had responsibility for DOD logistics, environmental security, international programs, the defense industrial base, and military construction. The annual budget for these entities exceeded $100 billion.

Dr. Kaminski has had a continuing career involving large program management, and the development and application of advanced technology in both the private and public sectors. He served as Chairman and Chief Executive Officer of Technology Strategies and Alliances, a technology - oriented investment banking and consulting firm.  He has served as a consultant and advisor to a wide variety of government agencies and as chairman, director or trustee of several defense and technology oriented companies.

His previous government experience includes a 20-year career as an officer in the U.S. Air Force.  During 1981-1984, he served as Director for Low Observables Technology, with responsibility for overseeing the development, production and fielding of major “stealth” systems (e.g., F-117, B-2). He also led the initial development of a National Reconnaissance Office space system and related sensor technology.  Early in his career, he was responsible for test and evaluation of inertial guidance components for the Minuteman missile and terminal guidance systems for our first precision guided munitions.

Dr. Kaminski has served on the President’s Intelligence Advisory Board, the FBI Director’s Advisory Board, the Director of National Intelligence Senior Advisory Group, the Senate Select Committee on Intelligence Technical Advisory Board, and the National Academies Air Force Studies Board. He currently serves on the Defense Science Board (which he has chaired twice). He is a member of the National Academy of Engineering, a Fellow of the Institute for Electrical and Electronics Engineers, and a Fellow and an Honorary Fellow of the American Institute of Aeronautics & Astronautics.  He has chaired the board of the RAND Corporation, served as a Director of General Dynamics, and currently chairs the boards of Exostar, HRL (formerly the Hughes Research Labs), and Seagate Government Solutions, councils as well as our Systems Engineering Research Center (SERC) Advisory Board. He is also a Director of MITRE, CoVant Technologies, LGS Innovations, the Johns Hopkins Applied Physics Lab, and the USAF Academy Endowment.  He serves as an advisor to the MIT Lincoln Laboratory, and has authored publications dealing with inertial and terminal guidance system performance, simulation techniques, Kalman filtering and numerical techniques applied to estimation problems.

Dr. Kaminski has received the following awards: The National Medal of Technology, Department of Defense Medal for Distinguished Public Service (the highest award for a civilian given by The  Secretary of Defense - 5 awards), Defense Distinguished Service Medal,  Director of Central Intelligence Director’s Award,  Defense Intelligence Agency Director’s Award, Legion of Merit with Oak Leaf Cluster, Air Force Academy 2002 Distinguished Graduate Award, the Ronald Reagan Award for Missile Defense, the Perry Award for precision strike, the Reed award for Aeronautics, The IEEE Simon  Ramo award for Systems Engineering, the IISS Possony Medal for Outstanding Contributions to Strategic Progress through Science and Technology, the Marine Scholarship Leatherneck Award, the AOC Gold Medal, the Netherlands Medal of Merit in Gold, the French Republic Legion d’Honneur, the SPIE Lifetime Achievement award, and the Air Force Systems Command Scientific Achievement Award. He has been recognized as a Pioneer of National Reconnaissance and a Pioneer of Stealth.