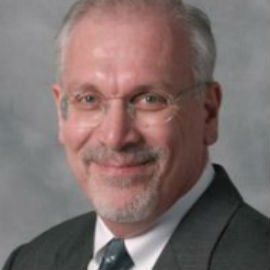 Rich A. DeMillo is a Distinguished Professor of Computing at the Georgia Institute of Technology, the seventh ranked public university in the U.S. and one of the premier institutions internationally. He currently serves as the Director of the Center for 21st Century Universities (C21U).

He returned to academia in 2002 as the John P. Imlay Jr. Dean of Computing at Georgia Tech, after a career as an executive in industry and government. He was Chief Technology Officer for Hewlett-Packard, where he had worldwide responsibility for technology and technology strategy. Prior to joining HP, he was Vice President and General Manager in charge of Information and Computer Sciences Research at Telcordia Technologies (formerly Bellcore) in Morristown, New Jersey, where he oversaw the development of many internet and web-based innovations. He has also directed the Computer and Computation Research Division of the National Science Foundation. During his twenty-year academic career, he has also held academic positions at Purdue University, The University of Wisconsin and the University of Padua (Italy).

The author of over 100 articles, books, and patents, Rich’s research has spanned computer science and includes fundamental innovation in computer security, software engineering and mathematics. His present research interests are focused on information security and the creation of a new field of study devoted to the Web.

As Dean of the College of Computing, Rich was a transformational figure at Georgia Tech. Under his leadership, the College launched three new schools, two research centers and seven new degree programs. Annual expenditures doubled. He expanded the College’s international program and oversaw significant facilities expansions including the ground-breaking and construction of the 200,000-square-foot, $80 million Christopher Klaus Advanced Computing Building.

At a time when there is national concern about the quality of the high tech workforce, Rich led the country in transforming computer science education. As described in the new edition of Thomas L. Friedman’s The World is Flat: “What the Georgia Tech model recognizes is that the world is increasingly going to be operating off a flat world platform, with its tools for all kinds of horizontal transformation.”

He also led the College’s commercialization efforts, resulting most recently in the spin-out of new companies that commercialize Georgia Tech inventions, including Damballa Systems, a venture funded company aimed at detecting and stopping coordinated (botnet) attacks on corporate networks and Pramana, an early stage technology company that provides products for authenticating human presence on the web.