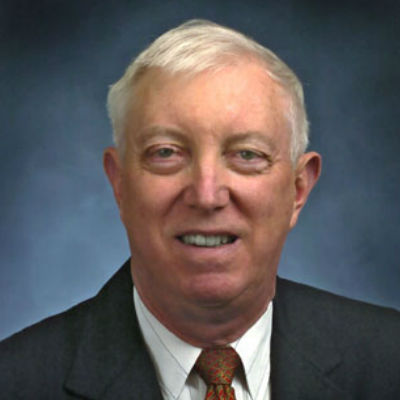 Dr. Wilson N. Felder is an Industry Professor and Director of the Systems Engineering Research Center Doctoral Fellows Program in the School of Systems and Enterprises at the Stevens Institute of Technology in Hoboken, NJ.  Dr. Felder’s research interests include the verification and validation of complex aerospace systems, the taxonomy of complex systems, and theories of technical leadership.  In 2012 he retired as the 15th Director of the FAA’s William J. Hughes Technical Center, in Pomona, NJ, the Nation’s principal Federal Laboratory for engineering, research, development, test, and evaluation of air transportation systems.  In that position, Dr. Felder served as the FAA’s Director of Research, Development, Test and Evaluation (RDT&E), with responsibility for management of the agency’s research and development budget as well as operational test and evaluation of all FAA systems. He also co-chaired the Aeronautics Science and Technology subcommittee of the National Science and Technology Council, in the White House Office of Science and Technology Policy. Previously, Dr. Felder led the FAA’s Office of Technology Development, where he was responsible for field demonstration of advanced technologies including ADS-B and System Wide Information Management, and served as the executive sponsor for the FAA’s National Center of Excellence in Aviation Operations Research.

Prior to joining the FAA, Dr. Felder was employed by TRW, inc, where he retired after 23 years as Vice President, Aviation Services.  At TRW, he led the company’s engineering service business with the FAA and the aviation community.  Between 1985 and 1998, he managed a variety of engineering service projects before being named to the Aviation Services assignment. Earlier, he led an engineering Department and several Navy and Air Force system engineering projects. He was an active leader of the employee charity organization and academic fellowship program, as well as the affirmative action and management training programs.

An instrument rated Private Pilot, Dr. Felder has long been active in the aviation community. He is a Fellow of the American Institute of Aeronautics and Astronautics, and served on the Board of that Institute as Technical Director, Aviation; and later, Vice President, Standards. He currently serves as the Secretary of the Board of the International Test and Evaluation Association, and on the Board of Examiners for the Certified Test and Evaluation Professional certification exam. He was a member of the FAA Administrator’s Research, Engineering, and Development Advisory Committee, and is a graduate of the TRW Business Leader Program and the George Washington University School of Business Executive Development program.  He is an MIT Seminar XXI Fellow.  He received the Air Traffic Systems Development Director’s Award in recognition for his service to the Advanced Automation System Recovery effort; and the “First to the Future” award from the FAA’s Alaska Region for his work in pioneering the use of advanced avionics and surveillance systems in Alaska. He is a member of the ADS-B Team which was awarded the Collier Trophy in 2008. He was named 2008 “Manager of the Year” by the National Coalition of Hispanic Federal Aviation Employees. In 2012 he received the FAA’s Golden Compass award for exceptional leadership, and was awarded the New Jersey Commendation Medal by the Adjutant General of New Jersey.

Dr. Felder served for 24 years as an active and reserve Naval Officer, retiring from the active reserve with the rank of Commander (Special Duty, Intelligence), after having served as the Intelligence Officer for the Carrier Group 4 reserve unit, and as Executive Officer of Naval Air Station Keflavik Reserve Unit 0166.

Dr. Felder graduated from the University of Virginia with a BA in Geology in 1968.  He later earned MA (1973) and PhD (1978) degrees from that same institution.