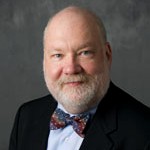 Dr. Spafford's current research interests are focused on issues of computer and network security, cybercrime and ethics, technology policy, and social impact of computing. He is the founder and executive director emeritus of the Center for Education and Research in Information Assurance and Security (CERIAS) at Purdue University (Purdue). The university-wide institute draws on expertise and research across many of the academic disciplines at Purdue.

Spaf (as he is widely known) has received recognition and many honors for his research, including being named as a Fellow of the ACM, the AAAS, the IEEE, the (ISC)2, the AAA&S, and as a Distinguished Fellow of the ISSA; he is the only person ever to achieve all six designations. Dr. Spafford has also been honored with all of the most prestigious awards in cyber security: the NIST/NCSC National Computer Systems Security Award in 2000; named to the Cyber Security Hall of Fame and as recipient of the (ISC)2 Harold F. Tipton Lifetime Achievement Award, both in 2013; and recipient of the 2017 IFIP TC-11 Kristian Beckman Award.

In 2012, Spaf was named as one of Purdue's first Morrill Award winners for outstanding career achievements; the Morrill Award is Purdue's highest award for faculty. In 2016, he was awarded Indiana's highest civilian honor, being named as a Sagamore of the Wabash.

Among other honors for Professor Spafford are the 2004 ACM SIGCAS Making a Difference Award, a U.S. Air Force medal for "Meritorious Civilian Service" for his work with the USAF Scientific Advisory Board from 1999-2003, the 2005 IEEE Computer Society Technical Achievement Award, the 2006 ACM SIGSAC Outstanding Contribution award, and the notable ACM Presidential Award in 2007. In 2009 he received the prestigious CRA Distinguished Service Award, and in 2011 he was presented with a SANS Lifetime Achievement Award. He has been named as a member of the ISSA's Hall of Fame.

Professor Spafford has also been honored for his teaching, including receiving all three of Purdue's highest honors for education: the Outstanding Undergraduate Teaching Award in Memory of Charles B. Murphy, made a Fellow of the Purdue Teaching Academy, and listed in Purdue's Book of Great Teachers. In 2001, he was awarded the Founder's Award by the CISSE, and in 2003, he received the IEEE Computer Society's Taylor L. Booth medal for his accomplishments in infosec education. In 2009 he was awarded UPE's ABACUS award for contributions to excellence in education.

Among many professional activities, Dr. Spafford is a past chair of ACM's U.S. Public Policy Council, is chair of ACM's Plagiarism and Ethics in Publications Committee, and is the Editor-in-Chief of the Elsevier journal Computers & Security.