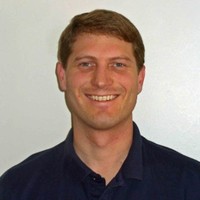 Robb Wirthlin is a Lieutenant Colonel in the United States Air Force. He graduated from the United States Air Force Academy in 1994 with a degree in Engineering Sciences and a Foreign Language Minor. He has served in various acquisition and systems engineering roles within the Air Force ranging from assignments at an Air Logistics Center, a Development Center, and at an operational facility. He was awarded a masters degree in Engineering and Management from the Massachusetts Institute of Technology in 2000. He loves his wife and children very much.