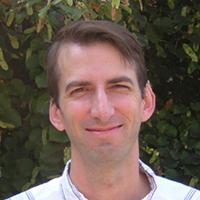 Marty Humphrey is an Associate Professor in the Department of Computer Science at the University of Virginia. He received a B.S. and M.S. degree in Electrical Engineering from Clarkson University in 1986 and 1989, respectively. He received his Ph.D. degree in Computer Science from the University of Massachusetts in 1996. From 1996-1998, Marty was an Assistant Professor of Computer Science and Engineering at the University of Colorado at Denver. From 1998-2002, he was a Research Assistant Professor at UVA. He has co-authored over 75 publications and has been a principal investigator on a number of projects funded through government agencies (such as the National Science Foundation and the Department of Energy) and private sector (such as Sun Microsystems and Microsoft Corporation).