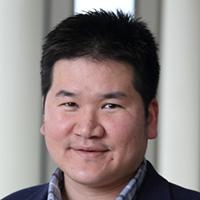 Inki Kim is an Assistant Professor in the Department of Systems and Information Engineering, and a faculty advisor for Human Factors Student Chapter at the University of Virginia. His research interest focuses on experiment, simulation and modeling of human behaviors and performance while interacting with advanced technologies. He supervises a laboratory (HCSI: Human-Centered Systems and Innovation) to empirically test cognitive and physical responses of people in reality and Virtual/Augmented reality. During his Ph.D. program at Penn State, he developed a virtual haptic simulation for resident training, and it was recognized in the Human Factors and Ergonomics Society (HFES) and the Institute of Industrial Engineers (IIE), and the work contributed to winning research grants from the National Institute of Health (NIH). Before joining the Ph.D. program in 2009, he had conducted and supervised thirteen industry projects to improve usability and affective responses to various consumer products for IBM, Hyundai Motors, LG Electronics, LG chemical, and the Korea Railroad Corporation. Earlier during his M.S. program at Seoul National University, Korea, he built a statistical model to predict affective responses of cinema audiences based on the visual and auditory cues in movies, and the research was sponsored by the Korea Film Council.