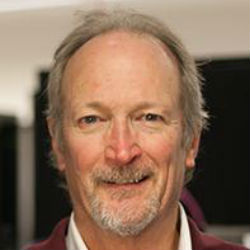 Jack W. Davidson is a Professor of Computer Science in the School of Engineering and Applied Science at the University of Virginia. He joined the faculty in 1981 after receiving his Ph.D. in Computer Science from the University of Arizona. Professor Davidson’s research interests include compilers, computer security, programming languages, computer architecture, and embedded systems. He is the principal investigator on several ongoing grants to develop comprehensive methods for protecting software from malicious attacks.

Professor Davidson is a Fellow of the ACM and a Senior Member of the IEEE Computer Society. He served as an Associate Editor of ACM’s Transactions on Programming Languages and Systems for six years, and as an Associate Editor of ACM’s Transactions on Architecture and Compiler Optimizations for eight years. He served as Chair of ACM’s Special Interest Group on Programming Languages (SIGPLAN) from 2005 to 2007. He currently serves on the ACM Executive Council and is co-chair of ACM’s Publication Board that oversees all aspects of ACM’s publications and the operation of ACM’s Digital Library.