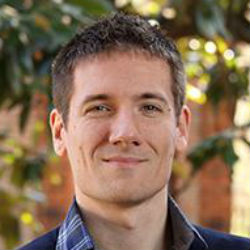 Nicola Bezzo is an Assistant Professor with the Department of Systems and Information Engineering and the Department of Electrical and Computer Engineering at the University of Virginia. Prior to joining UVa in January 2016, he was a Postdoctoral Researcher at the PRECISE Center, in the Department of Computer and Information Science at the University of Pennsylvania (UPenn) where he worked on topics related to robotics and cyber-physical systems security. He received a Ph.D. degree in Electrical and Computer Engineering from the University of New Mexico where he focused on the development of theories for motion planning of aerial and ground robotic systems under communication constraints. Prior to his Ph.D. he received both M.S. and B.S. degrees in Electrical Engineering with honors (summa cum laude) from Politecnico di Milano, Italy. Nicola was the recipient of the 2010 Gold Medal from the Politecnico School of Engineering and the 2011 Best Graduate Student Service Award from the University of New Mexico. He has received the 2016 Robotics and Automation Magazine Best Paper Award and the Best Paper Award at the 2014 CPSWeek International Conference on Cyber-Physical Systems.