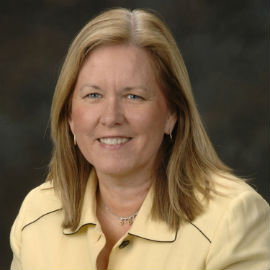 Bio: Marilee J. Wheaton is the 2020 INCOSE President-Elect. She is also currently a Systems Engineering Fellow at The Aerospace Corporation, a Federally Funded Research and Development Center (FFRDC) headquartered in El Segundo, California. In this role, she is responsible for providing technical leadership and building capability across the corporation to include enterprise systems engineering, systems architecting, and model-based systems engineering. Her previous assignment was as the executive director and general manager of The Aerospace Institute which coordinated all education, training, and staff development activities at the corporation. Wheaton has held several executive level technical leadership positions at Aerospace, including general manager of the Systems Engineering Division (SED) and general manager of the Computer Systems Division. As general manager of SED, she provided functional engineering leadership for space systems architecture and design, acquisition and planning, systems analysis and simulation, and mission assurance. From 1999 to 2002, Wheaton was a director with TRW Systems providing leadership for cost estimation, metrics, and quantitative management goals. She is a trained CMMI appraiser and led process improvements as a Six Sigma Black Belt.

A member of INCOSE since 2002, she was selected as an INCOSE Fellow in 2009 for her contributions as a practitioner and to engineering education and received one of the INCOSE Outstanding Service Awards in 2018. Wheaton also received the INCOSE Foundation Kossiakoff Award for best systems engineering research in 2018. She is one of the leaders in the Empowering Women Leaders in Systems Engineering (EWLSE) working group. Wheaton has been a member of the Corporate Advisory Board representing Aerospace from 2006 – 2009 and from 2015 to the current time. She has held leadership roles for the 2014 and 2017 Conference on Systems Engineering Research (CSER) to include the Technical Program Committee and Conference Management.

Wheaton is also a Fellow of the American Institute of Aeronautics and Astronautics (AIAA) and is an active member of the organization’s technical committees on economics and systems engineering. A Fellow and Life Member of the Society of Women Engineers (SWE) and a past President of the Los Angeles Chapter, Wheaton has taken on high-profile leadership positions for SWE both locally and nationally. She is also a Senior Member of IEEE, and an active member of the IEEE Systems, Man and Cybernetics (SMC) Society. She is the recipient of several awards for her contributions to these Societies.

Wheaton currently serves as a member of the Advisory Board for the California State University Northridge (CSUN) Bonita J. Campbell Endowment for Women in Science and Engineering (WISE) and on the CSUN College of Engineering and Computer Science Industrial Advisory Board. Wheaton also has served as adjunct faculty for over a decade in the Systems Architecting and Engineering Program at USC.