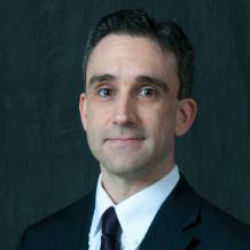 Lance Fiondella joined the Department of Electrical & Computer Engineering at the University of Massachusetts Dartmouth as an assistant professor (2013). He conducts research in the areas of system and software reliability engineering and has published over 100 peer-reviewed journal articles and conference papers on these topics.

During summer 2014, he was a Visiting Researcher at the U.S. Army Research Laboratory (ARL) in Aberdeen Proving Ground, Maryland. In 2016, he was an Office of Naval Research (ONR) Summer Faculty Fellow in the Reliability and Maintainability (R&M) Division at the Naval Air Systems Command (NAVAIR) in Patuxent River, Maryland.

His research has been funded by the National Science Foundation (NSF), National Aeronautics and Space Administration (NASA), Department of Homeland Security (DHS), ARL, and NAVAIR.