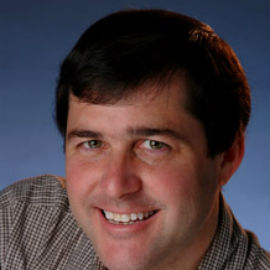 Barry Clifford Neuman is a Scientist at the Information Sciences Institute of the University of Southern California and holds a research faculty appointment in the Computer Science Department.

Neuman received an S.B. degree in Computer Science and Engineering from the Massachusetts Institute of Technology in June 1985. Upon completion he spent a year working for MIT’s Project Athena where he was a principal designer of the Kerberos authentication system. Neuman began graduate studies in the Computer Science Department of the University of Washington in the fall of 1986, received an M.S. degree in 1988, and a Ph.D. in June of 1992.

Dr. Neuman’s research interests include issues of scale in large distributed systems. He has proposed the Virtual System Model, a scalable approach to organizing large systems, and is the author of the Prospero Directory Service, a prototype directory service based on that model. The Prospero Directory Service organizes data from distributed Internet file systems and information services into a coherent whole. Dr. Neuman has applied the Virtual System Model to managing resources in distributed systems. The Prospero Resource Manager forms the basis of a network computing infrastructure that schedules multi-processor resources in the broader context of distributed systems.