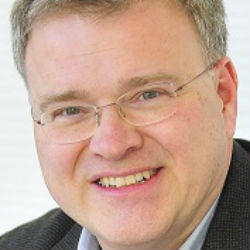 Rance Cleaveland is Professor of Computer Science at the University of Maryland (UMD) at College Park, where until 2014 he was also the Executive and Scientific Director of the Fraunhofer USA Center for Experimental and Software Engineering. Prior to joining the UMD faculty in 2005, he held professorships at the State University of New York at Stony Brook and at North Carolina State University (NCSU). He is a co-founder of Reactive Systems, Inc., a company that makes model-based testing tools for embedded software, and a past recipient of National Young Investigator Awards from the National Science Foundation and the Office of Naval Research and the Alcoa Engineering Research prize from North Carolina State University. He has also won undergraduate teaching awards from UMD and NCSU. He has published over 140 papers in the areas of software verification and validation, formal methods, model checking, software specification formalisms, verification tools, software testing, and software architecture. Cleaveland received B.S. degrees (summa cum laude) in Mathematics and Computer Science from Duke University in 1982 and M.S. and Ph.D. degrees from Cornell University in 1985 and 1987, respectively.