The University of California, San Diego, a collaborating university in the Systems Engineering Research Center (SERC), is located in La Jolla, CA. Founded in 1960, the University of California, San Diego is one of the nation’s most accomplished research universities, widely acknowledged for its local impact, national influence and global reach. U.S. News and World Report ranks UC San Diego as 7th best public university in the nation, and its Jacobs School of Engineering ranks 11th among the nation’s top 191 engineering schools and 5th in the nation among public universities. With $141.0 million in federal, state and industry research support in FY07, the Jacobs School ranks 4th in the nation for research expenditures per faculty member, reflecting UCSD’s leadership as a research university. The graduate program for Architecture-based Enterprise Systems Engineering (AESE) is focused on methodologies and tools to develop and to manage complex and adaptive enterprises. The program builds upon the systems research efforts in every department in the Jacobs School and the major research institutes, the San Diego Supercomputer Center and the California Institute for Telecommunications and Information Technology. Furthermore, the program is conducted jointly with the Rady School of Management. As a result, faculty and students are deeply involved in the development and maturation of a much needed, holistic engineering systems-management science discipline that addresses the complex systems engineering challenges of this century. 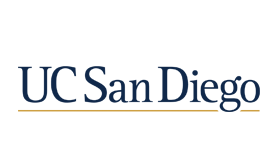