SERC Honors a Lifetime of Contributions in Software and Systems Engineering

The SERC community is deeply saddened to learn of the passing of our friend, mentor, and colleague Dr. Barry Boehm. We extend heartfelt condolences to his family, students and community at USC. Barry was pivotal in the establishment of SERC and left an indelible personal and professional legacy. He will be missed.

For anyone familiar with software or systems engineering, Dr. Barry Boehm is a household name. Barry’s career, which spanned over six decades, included several ground-breaking advances in both fields. Born in 1935, Barry studied mathematics at Harvard (BA in 1957 and MS in 1961) and received his PhD in mathematics from UCLA in 1964. He worked in industry (including General Dynamics, the RAND Corporation, and TRW Inc., where he served as Chief Scientist of the Defense Systems Group and Director of Software Research and Technology), government (including the Defense Advanced Research Projects Agency (DARPA)), and academia (including a professorship at the University of Southern California and lectureships at a number of additional universities).

Barry published prolifically during his career. He had over 900 publications, including nearly 200 journal articles, 6 textbooks, and hundreds of conference papers in addition to presentations, keynotes, and webinars. To date, his publications have over 70,000 citations listed in Google Scholar and a Springer analysis lists Barry as the second most cited software engineer in the world, both testaments to the applicability and longevity of his work.

Publications are but one indicator of the impact Barry had on the fields of software and systems engineering. In his 1981 book, Software Engineering Economics, Barry documented the Constructive Cost Model (COCOMO), a software cost estimation model that has had critical impact as a leading indicator of software changes. He continued to update and evolve the COCOMO model in response to evolutions in software engineering, and he published COCOMO II in 2000. 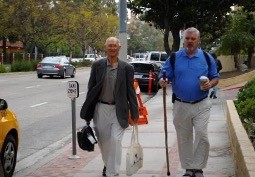 In the systems engineering space, many will be familiar with the spiral development model Barry created. This iterative method for creation and design incorporates considerations of risk as a driver for approach, determining levels of effort and degree of detail required and is a major evolution of the classic waterfall model and an important foundation for the development of modern agile approaches. Barry’s writings on the spiral model have thousands of citations, and he has also created six inviolate rules for appropriately using the spiral model that have been used for decades.

Throughout his career in systems engineering, Barry was a leader on integrating software in systems. This includes many findings and insights on using a systems perspective on both the technical aspects of development and also on how organizational characteristics impact software and systems development. As part of his work in systems software integration, Barry was the Founding Director of the USC Center for Systems and Software Engineering (CSSE). In celebration of his achievements in the field, the International Conference on Software Engineering (ICSE) held an event in 2007 entitled “Software Engineering: The Legacy of Barry W. Boehm.” The description for this event stated, “Many people have contributed to the establishment and growth of the field of Software Engineering. Not many people, however, have consistently made significant contributions over a 40-year time period and earned respect across academia, industry, and government audiences.” As part of this event, the book Software Engineering: Barry W. Boehm’s Lifetime Contributions to Software Development, Management, and Research was launched.

With such an impressive body of work and history of leadership, Barry was a natural choice to support the founding of the Systems Engineering Research Center (SERC). When the Stevens Institute of Technology was awarded the original SERC contract in 2008, USC was the first named Collaborator. From the beginning, Barry was engaged in both the leadership and research of the SERC, taking on responsibilities as the Chief Scientist and the Chair of the Research Council. In this role, he was responsible for envisioning and developing research capabilities as well as helping to coordinate them across the SERC network.

In addition to his leadership roles, Barry also conducted research at the SERC. Barry was the principal investigator on the very first SERC task, “Assessing Systems Engineering Effectiveness in Major Defense Acquisition Programs.” He also supported the BKCASE (Body of Knowledge and Curriculum to Advance Systems Engineering) task; through this, Barry helped to architect and author the Systems Engineering Body of Knowledge (SEBoK), in particular contributing to content around the core systems engineering approaches and approaches to systems lifecycles, and specifically the spiral development model. Barry served as an Assistant Editor on the SEBoK for the remainder of his life. He also served as Principal Investigator at the SERC, a multi-million dollar research project started in 2012 that coordinated efforts of researchers across multiple Collaborator institutions.

Barry (back row, second from left) with the BKCASE team at the January 2011 Workshop in Phoenix, AZ.
(Photo credit Nicole Hutchison, 2011)

In June 2016, the SERC launched SERC Talks, an ongoing and collaborative dialogue among the academia, government, and industry sectors with thought leaders from our systems engineering community, with Barry as the Editor-in-Chief of the series. Barry continued to help define the agenda for and curate SERC Talks into 2021.

In the citation for his 2018 SERC Founders Award, Barry was praised for his “significant contributions towards making SERC a national resource through his efforts in the above roles.” Dr. Art Pyster, who previously served as SERC Deputy Director, stated that Barry “has had a profound impact on the discipline but also on people; Barry has had more influence on my own career than any other single individual.”  Describing Barry’s role in the founding of the SERC itself, Pyster noted, “When we were assembling the most critical people to write the SERC proposal, the first person who came to mind was Barry. He was instrumental in shaping the initial technical strategy as we put together the proposal and in evolving and elaborating that strategy in the first few years of the SERC’s existence.”

Anyone who had the pleasure to work with Barry will comment on not only his extensive expertise – and the benefits of working with someone with an eidetic memory who can create near-perfect writing on the first draft – but also his character: friendly, energetic, and respectful, whether engaging with students, welcoming young professionals to the field, or working with peers. Known for fitting in tennis matches between overnight flights and multiple speaking and working engagements in a single trip, Barry earned many community accolades. He was elected a Fellow in the International Council on Systems Engineering (INCOSE), the American Institute of Aeronautics and Astronautics (AIAA), the Association of Computing Machinery (ACM), and the IEEE, and was elected as a member of the National Academy of Engineering in 1996. It would be impossible to list of all Barry’s accolades, but in addition to the SERC Founders Award (2018), in 2019 he received the INCOSE Pioneer Award “[f]or his work as a systems pioneer uniquely contributing to the advancement of systems engineering through extensive research, education and the application thereof in industry.”

Dr. Dinesh Verma, SERC Executive Director, said, “The SERC has an ethos of selfless collaboration across its network of universities, with the intent of becoming a national resource for systems research. This ethos results in no small measure from Barry’s influence and contribution as our founding Chief Scientist. We will forever be grateful to him for his mentoring and counsel during our formative years as the DoD’s UARC for systems research.”

In May 2022, Barry retired from professional life to spend more time with his beloved wife, Sharla. He passed away at home on August 20, 2022.

We at the SERC – and the whole of the software and systems engineering communities – will miss his energy, insight, and brilliance that will live on through his pioneering contributions to the field.