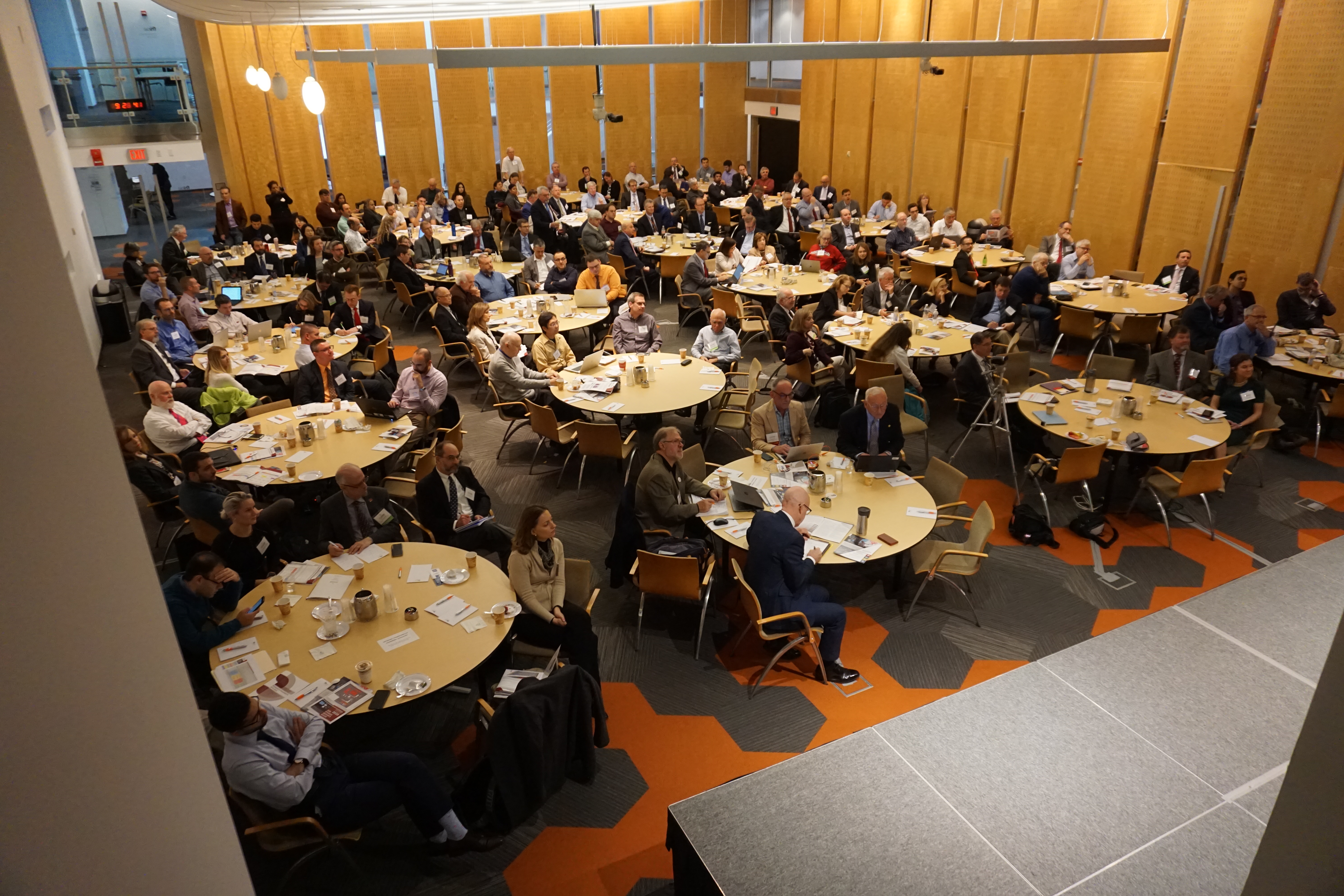 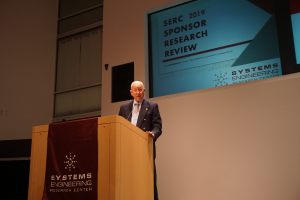 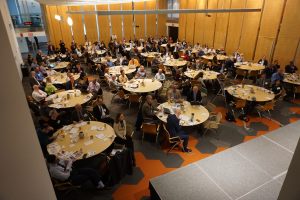 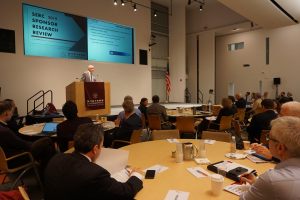 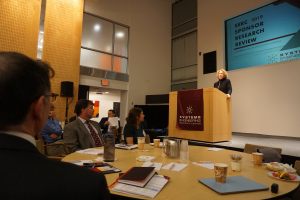 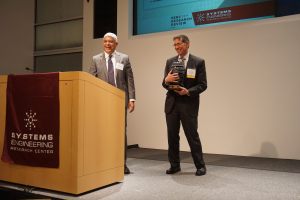 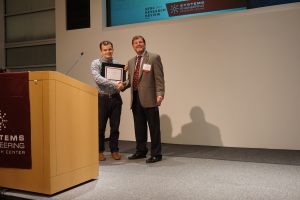 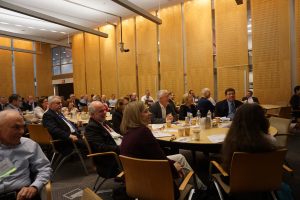 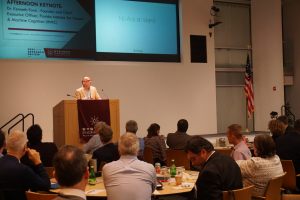 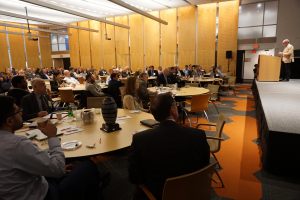 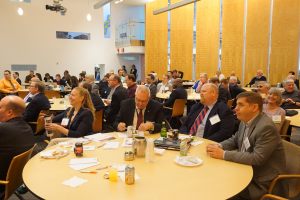 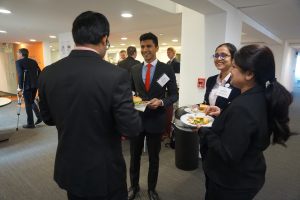 The SERC Sponsor Research Review unites the government, industry, and academic systems engineering research community in order to share research progress and discuss the most challenging systems engineering issues today. In our two-day event, of which the SERC Sponsor Research Review spans the second day, the review highlighted over twenty ongoing SERC research projects including our most recent incubator projects. Researchers from the SERC universities discussed their research, highlighted results, and described opportunities for government agencies to sponsor and/or participate in their projects. Several of these research projects are ready for pilot use and transition to practice.

This year’s SERC Founders Award was bestowed upon a true champion of SERC and systems engineering, Scott Lucero, Acting Director, Engineering Policy and Systems, OUSD (R&E) and long-standing SERC Program Manager. Many thanks again, Mr. Lucero, for your incredible leadership and ongoing efforts to advance the field of systems engineering. Congratulations to this year’s winner of the SERC Doctoral Student Forum (SDSF) 2019 Best Student Presentation award, Tyler Cody from the University of Virginia for his research on “A Systems Theoretic Approach to the Design of Systems with Learning Algorithms.”

Learn more about the accompanying events of the 2019 SERC Research Review.

Expand the track listings below to view presentations inline/in box:

Dr. Sandra H. “Sandy” Magnus is the Deputy Director for Engineering within the Office of the Under Secretary of Defense for Research and Engineering.  She serves as the DoD’s Chief Engineer for Advanced Capabilities.  In this role, she is the lead for engineering policy, practice, and the DoD engineering workforce, as well as digital engineering and systems of systems engineering initiatives.  She leads mission integration management, independent technical risk assessments, and program planning and execution.

Dr. Magnus is a recipient of the NASA Space Flight Medal and the NASA Exceptional Service Medal, among other awards.

Kenneth Ford is Founder and Chief Executive Officer of the Florida Institute for Human & Machine Cognition (IHMC) — a not-for-profit research institute located in Pensacola, Florida. IHMC has grown into one of the nation’s premier research organizations with world-class scientists and engineers investigating a broad range of topics related to building technological systems aimed at amplifying and extending human cognition, perception, locomotion and resilience. Richard Florida has described IHMC as “a new model for interdisciplinary research institutes that strive to be both entrepreneurial and academic, firmly grounded and inspiringly ambitious.” IHMC headquarters are in Pensacola with a branch research facility in Ocala, Florida.

Dr. Daniel DeLaurentis serves as the Chief Scientist of the Systems Engineering Research Center (SERC), assuming the role from Dr. Barry Boehm, Chair of the SERC Research Council. Dr. DeLaurentis is co-lead of the Enterprises as Systems and System of Systems (ESOS)Research Area as a member of the SERC Research Council, in addition to leading a project to develop an Analytical Workbench for system of system (SoS) architecture analysis, design and evolution. In addition to the SERC, he leads research projects with the Missile Defense Agency and NASA in developing agent-based modeling and simulation and associated design tools for development of advanced battle management (MDA) and air transportation (NASA) architectures. Dr. Daniel DeLaurentis is a Professor in Purdue’s School of Aeronautics & Astronautics. Dr. DeLaurentis also serves as the Director of Purdue’s Institute for Global Security and Defense Innovation (i-GSDI) in the University’s Discovery Park.

His primary research interests are in the areas of problem formulation, modeling and simulation, and robust system design and control methods for aerospace systems and systems-of-systems (SoS). This includes agent-based modeling, network theory, optimization, and aerospace vehicle modeling. His research is conducted under grants from NASA, FAA, Navy, the Missile Defense Agency as well as the Systems Engineering Research Center.

Dr. DeLaurentis is an Associate Fellow of the American Institute of Aeronautics and Astronautics and served as Chairman of the AIAA’s Air Transportation Systems (ATS) Technical Committee from 2008-2010. He is also AIAA’s Deputy Strategic Technologies Coordinator since 2011. Dr. DeLaurentis is also a member of the IEEE and INCOSE and active in “systems circles” of those societies. He was the Co-Chair of the System of Systems Technical Committee in the IEEE System, Man, and Cybernetics Community (2009-2014) and is Associate Editor for the Transactions of the IEEE Systems, Man, & Cybernetics: Systems.

He has four decades of experience in the application of science to national security. Prior to joining OUSD(R&E) he was a DARPA program manager for six years, where he created new programs for kinetic and non-kinetic effects, communication, information processing and exploitation, and intelligence, surveillance, and reconnaissance. He was the Director of EO/IR Technology at Raytheon Space and Airborne Systems and at Northrop Grumman, and was a Group Leader, Program Leader and senior scientist at Lawrence Livermore National Laboratory for twelve years. He also co-founded a commercial space company, and consulted for many companies in the national security industry.

Dr. Daniel “Rags” Ragsdale is the Assistant Director for Cyber, in the Office of the Director of Defense Research and Engineering (Research & Technology). In that role, Dr. Ragsdale is responsible for coordinating cyber modernization efforts across the Department of Defense, with specific responsibility for the establishment of policies and for supervision over cyber modernization research and engineering, technology development, prototyping, experimentation, developmental testing, and transition activities.  He is also responsible for making recommendations concerning the allocation of resources and alignment of efforts across the Department.

Before his recent return to service in the Department of Defense, Dr. Ragsdale was the founding director of the Texas A&M Cybersecurity Center and a Professor of Practice in the Department of Computer Science and Engineering. In the Director role, Dr. Ragsdale was responsible for leading, coordinating, and facilitating cybersecurity research and educational activities across the University.  Dr. Ragsdale had previously served as a Program Manager in the Defense Advanced Research Projects Agency (DARPA).  In that capacity, he successfully led and managed a $175M research and development portfolio of classified and unclassified cybersecurity and educational programs.

Dr. Michael Zatman became the Assistant Director for Fully Networked Command, Control and Communications in the Office of the Under Secretary of Defense for Research and Engineering on January 22nd 2019. In that capacity Michael is responsible for leading the Nation’s vision and strategy for networking, command, control and communications to support and enhance the Department’s warfighting capability.
During his career Michael has provided both organizational and technical leadership to the creation, development and fielding of new technologies, the solving of complicated technical problems and the optimization of multi-faceted system and platform concepts. He is a nationally recognized expert in communications, radar, sensor and electronic warfare systems with an extensive knowledge and understanding of ground, sea, air and space based communications, intelligence, surveillance and reconnaissance systems.

Prior to joining the Office of the Undersecretary of Defense for Research and Michael was a fellow at SAZE Technologies from 2012 to 2018. From 2007 to 2012 Michael was Technical Director of QinetiQ North America’s Technology Solutions Group, where he was responsible for technical innovation and competency across a wide range of C4ISR, maritime and transportation projects. Additionally, he was the principal investigator for several new Navy, DARPA, IARPA and Air Force programs. Michael came to QinetiQ North America from DARPA where he spent four years as a Program Manager running programs and studies involving space, airborne and ground-based platforms, radar, communications, signal/electronic/communications intercept, optical sensors, multi-functional structures and quantum theory. Earlier in his career Michael worked at the MIT Lincoln Laboratory where he led multi-organizational & multi-disciplinary teams to design future surface radar, airborne radar and communications systems, developed signal processing algorithms and performed system engineering analysis for Air Force, Navy and MDA radar and communications systems.

Michael has authored over 65 technical publications, two book chapters and received multiple patents. Michael received his PhD and BEng (Hons – 1st Class) degrees from the University of Leeds and was awarded the Office of the Secretary of Defense Medal for Exceptional Public Service in 2007. 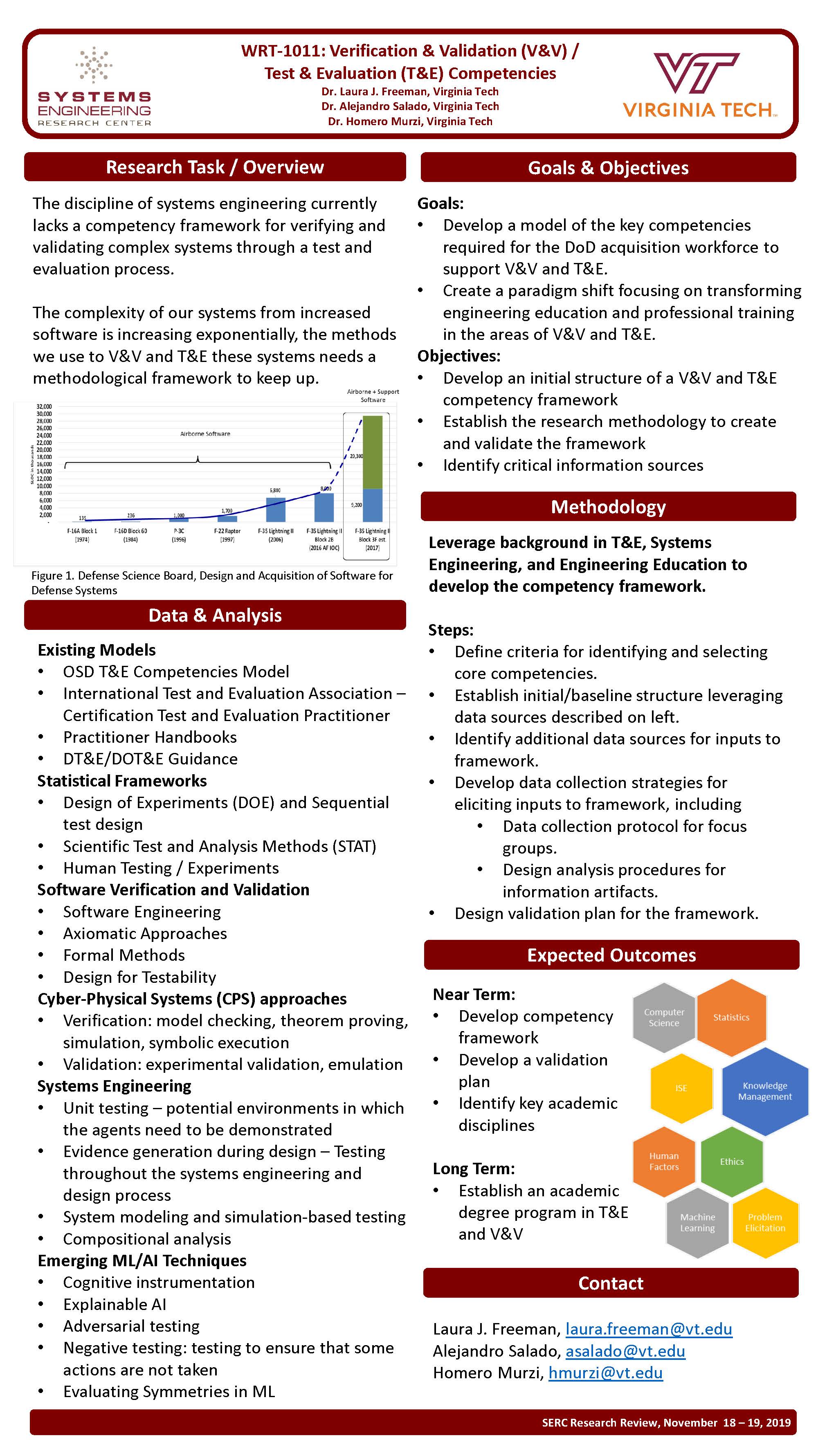 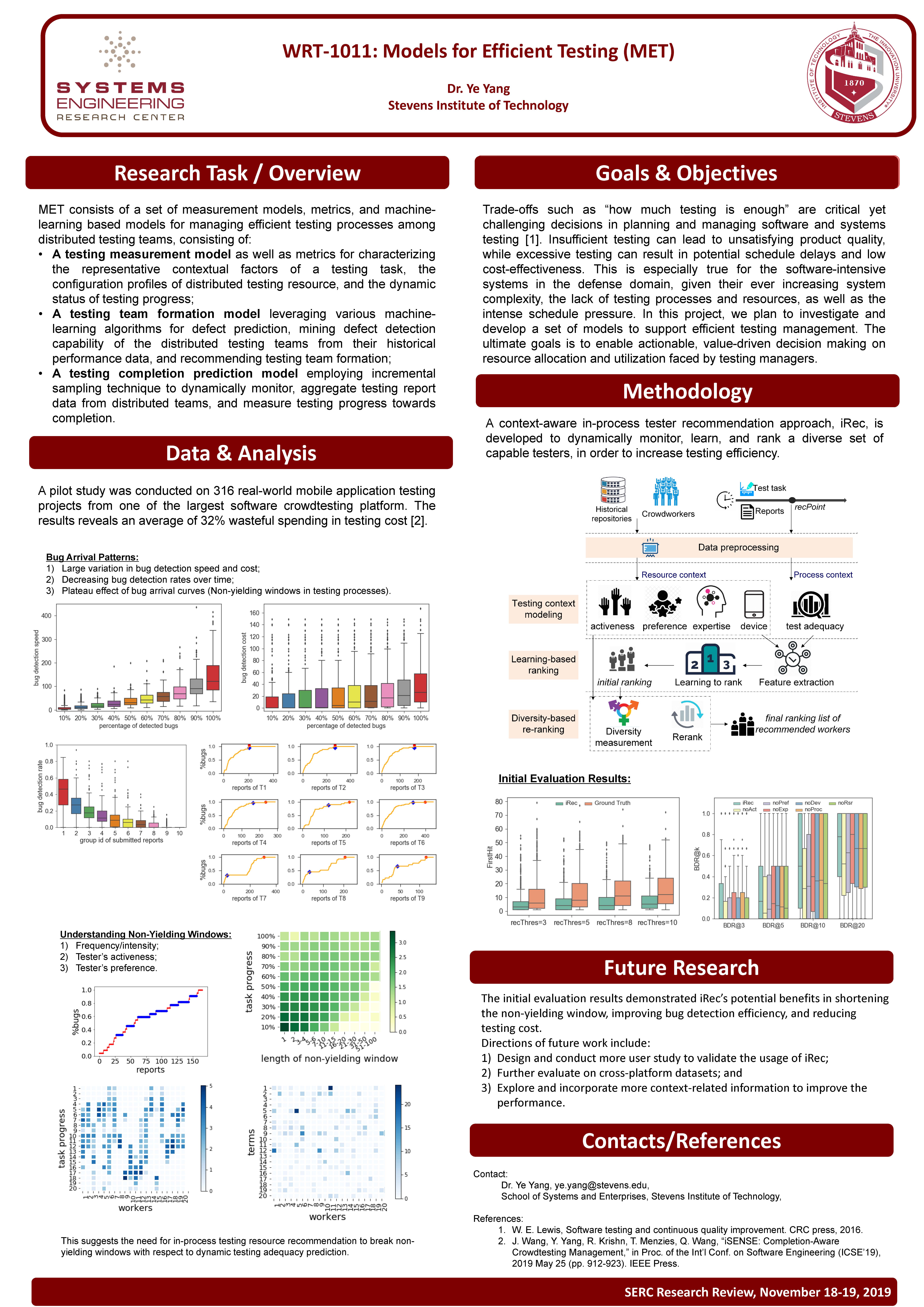 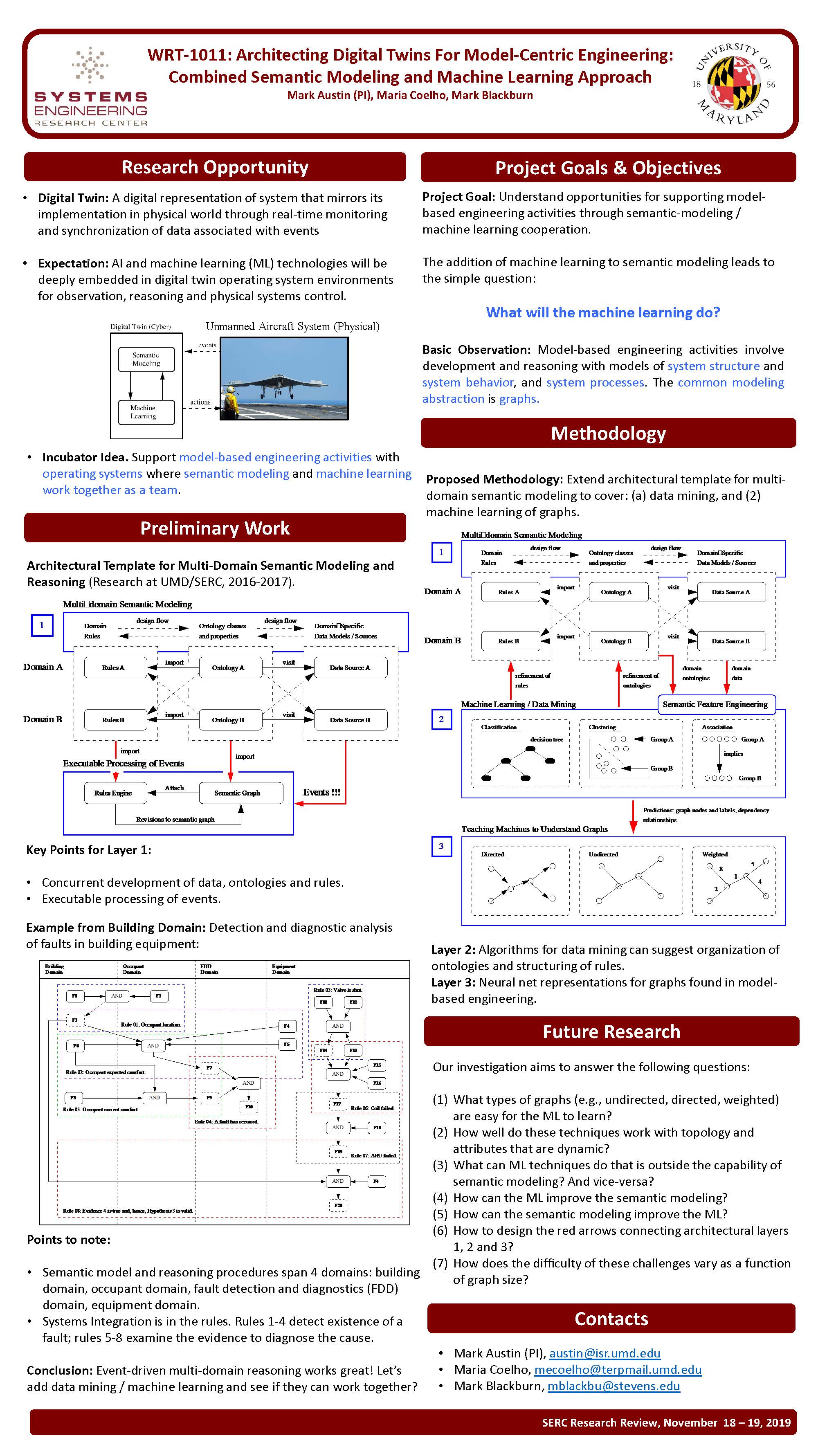 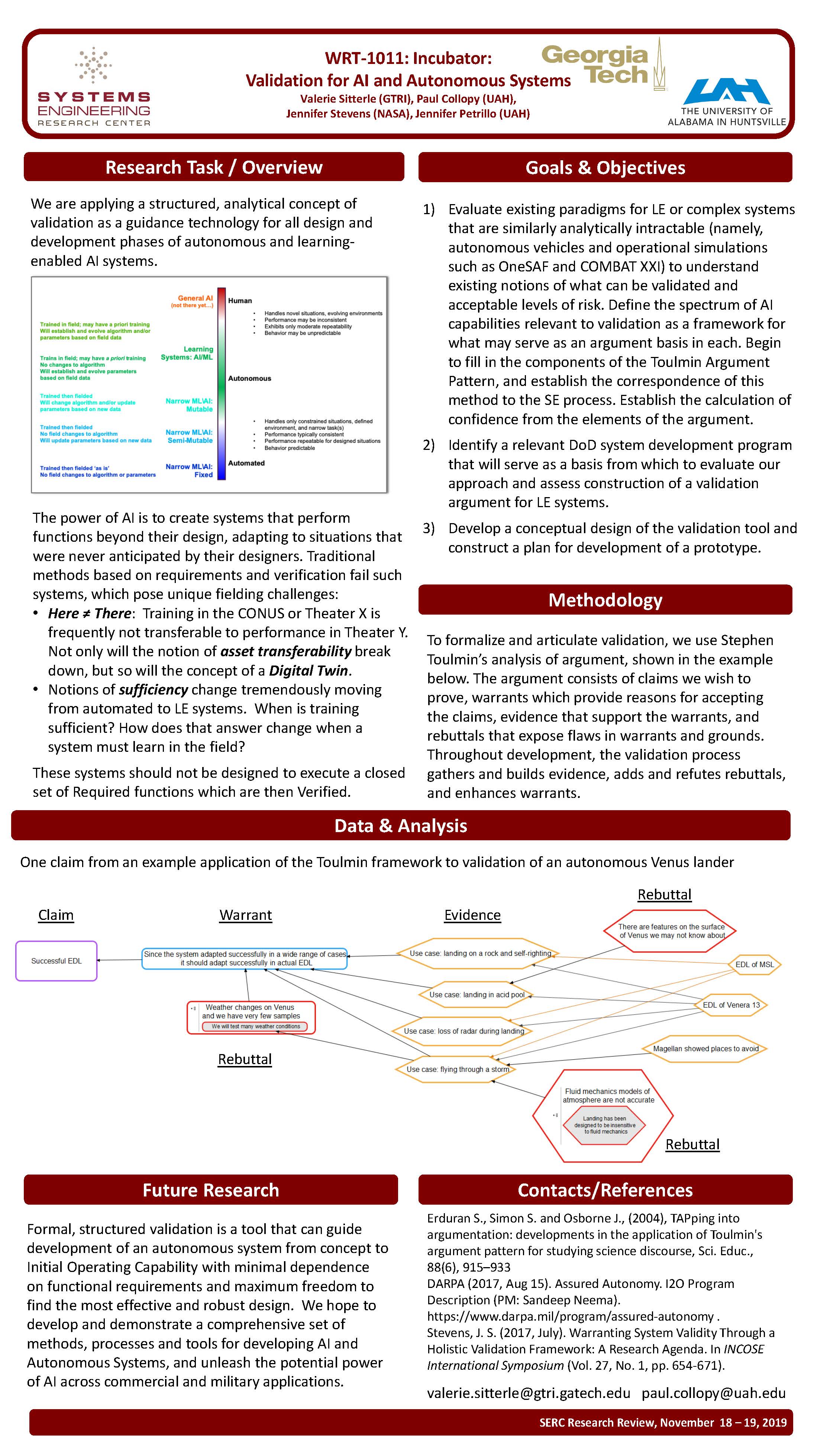 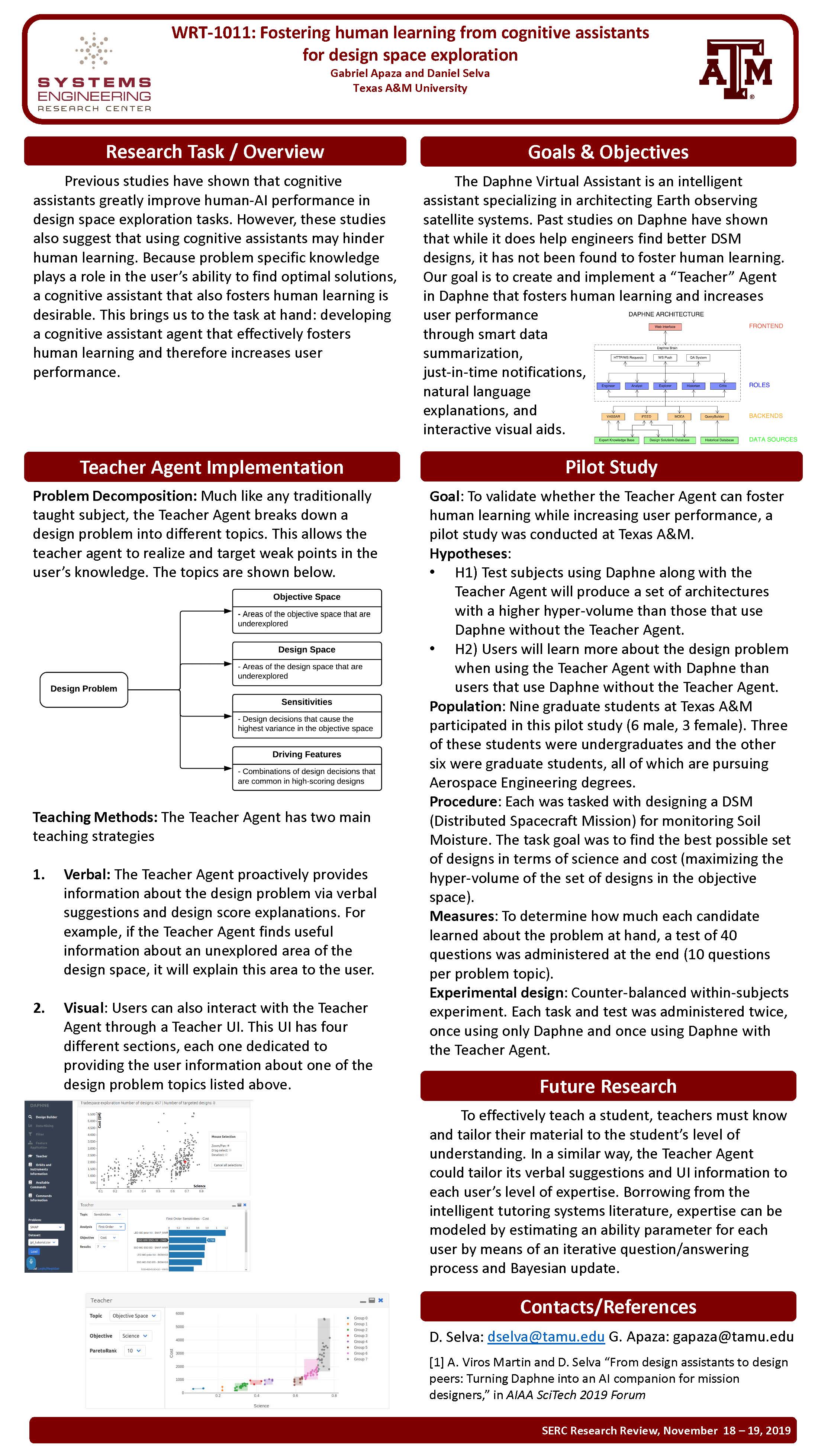 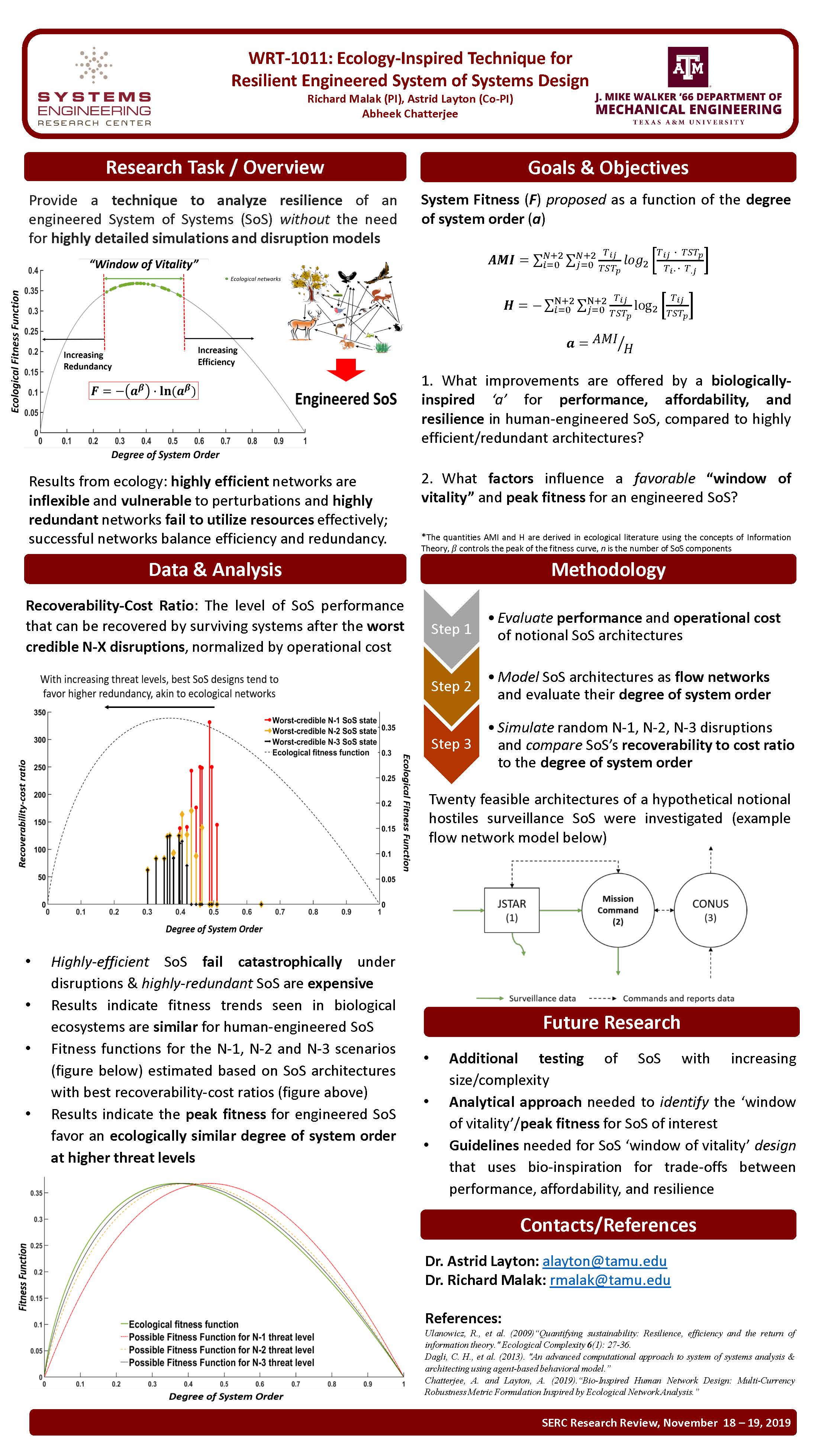 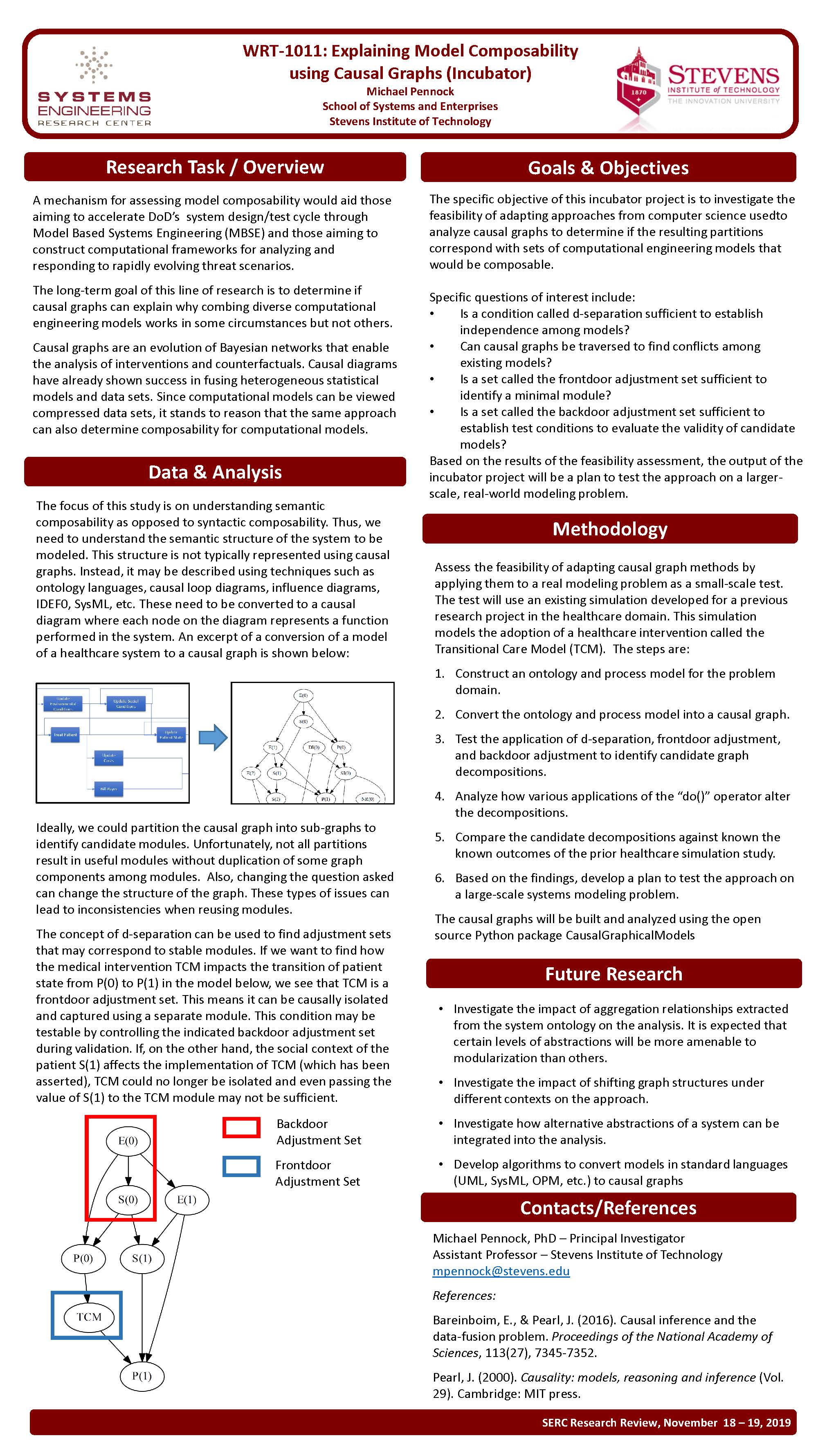 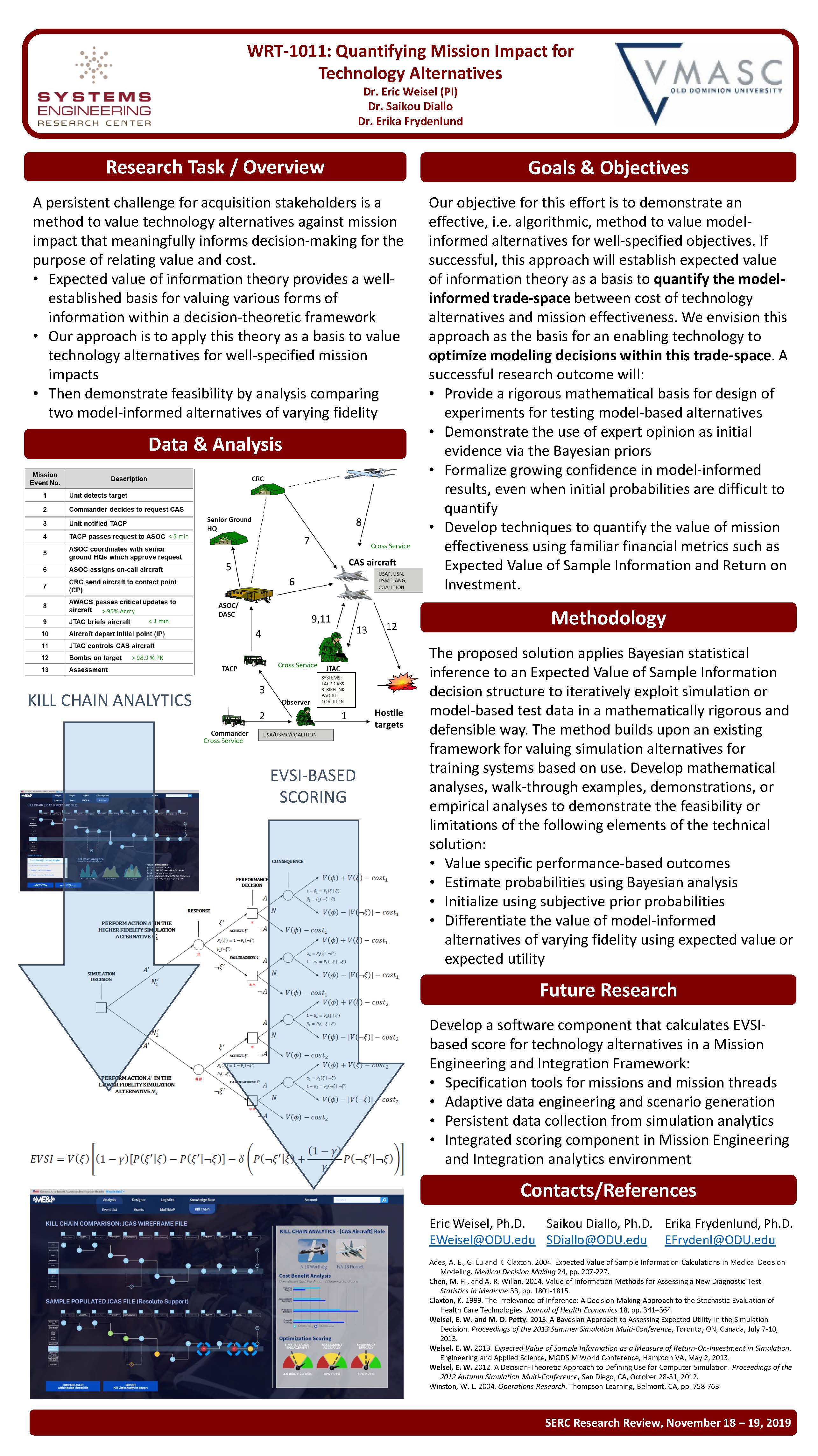