SERC TALKS: How to Query, Qualify and Quantify the Qualities Quagmire? 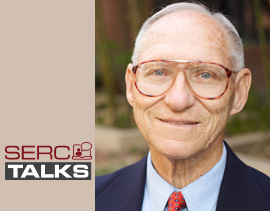 Abstract
Systems and software qualities (SQs) are also known as non-functional requirements (NFRs). Where functional requirements (FRs) specify what a system should do, the NFRs specify how well the system should do them. Many of them, such as Reliability, Availability, Maintainability, Usability, Affordability, Interoperability, and Adaptability, are often called “ilities,” but not to the exclusion of other SQs such as Safety, Security, Resilience, Robustness, Accuracy, and Speed. In 2012, the US Department of Defense (DoD) identified seven Critical Technology Areas needing emphasis in its technology investments. One of them was called Engineered Resilient Systems (ERS). The SERC sponsor, the DoD Undersecretary for Systems Engineering, and the lead ERS research organization, the Army Engineering Research Center (ERC), held two workshops to explore what research was being addressed, and how the SERC could complement it. It turned out that the existing ERS research underway was primarily directed at field testing, supercomputer modeling, and resilient design of physical systems, and that the SERC could best complement this research by addressing the resilient design of cyber-physical-human (CPH) systems, Some of the SERC universities were performing such research, such as AFIT, Georgia Tech, MIT, NPS, Penn State, USC, U. Virginia, and Wayne State. These universities have been addressing aspects of this research area as a team since 2013. Initially, the team found a veritable quagmire of SQ definitions and relationships. For example, looking up “resilience” in Wikipedia, the team found over 20 different definitions of “resilience,” with over 10 different definitions of a system’s post-resilient state. The leading standard in the area, ISO/IEC 25010, had weak and inconsistent definitions of the qualities. For example, it defined Reliability with respect to the satisfaction of a system’s functional requirements, but not its quality requirements. Some of the SERC universities had developed partial ontologies of the SQs, and exploration of alternative ontology structures identified found one that addressed not only the inter-quality relationships, but also their sources of value variation. The talk will summarize how the ontology can help systems engineers query, qualify, and quantify the relations among the system qualities, and better address key qualities such as Maintainability.
Bio
Dr. Barry Boehm received his B.A. degree from Harvard in 1957, and his M.S. and Ph.D. degrees from UCLA in 1961 and 1964, all in Mathematics. He has also received honorary Sc.D. in Computer Science from the U. of Massachusetts in 2000 and in Software Engineering from the Chinese Academy of Sciences in 2011. He is a Fellow of the ACM, AIAA, IEEE, and INCOSE, and a member of the NAE. While at USC, he has served as the Principal Investigator on major research contracts and grants from the Office of the Secretary of Defense, DARPA, ONR, AFRL, USAF-ESC, TACOM, NASA, FAA, and NSF. He has received industry research grants from over 25 industrial organizations. His real-client software engineering project course has successfully completed over 200 projects for USC-neighborhood clients and educated over 2000 students in an integrated approach to systems engineering and software engineering. He has published over 500 papers and books, with over 50,000 citations, and a Google Scholar h-index of 81
Share with:
+ Google Calendar+ Add to iCalendar