“A BOOTCAMP – Introduction to Ontology for Systems Engineers” 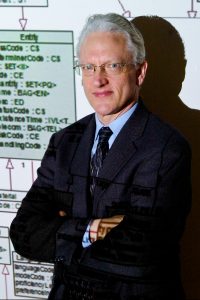 SERC Presents: “A BOOTCAMP – Introduction to Ontology for Systems Engineers” with Barry Smith, taking place on Tuesday, December 5, 2017 at 20 F St NW, Washington, DC 20001. Ontologies and Semantic Web Technologies are key enablers for Model Based Engineering. This bootcamp has been organized to provide the attendees with an introduction to the concept of Ontologies in this context.

Barry Smith is the creator of Basic Formal Ontology (BFO), which is the most commonly adopted upper-level ontology development framework, now used in over 300 civilian and government ontology initiatives throughout the world. Most recently he has contributed to the AFRL Digital Thread/Digital Twin initiative, whose goal is to develop an ontology-driven analytical framework to allow use and re-use of authoritative data from multiple heterogeneous sources to inform decision-makers throughout a system’s lifecycle.

Attendance Criteria: Participation is limited to those from the government, Federally Funded Research and Development Centers (FFRDCs), SERC Collaborator Universities, and National Laboratories. Participation will be capped at 35. Workshop organizers will confirm admission to the workshop.

Thank you for your interest in this event; the Bootcamp is now full. Feel free to join the waitlist in case a slot opens up or if you would like to be notified of similar future events.