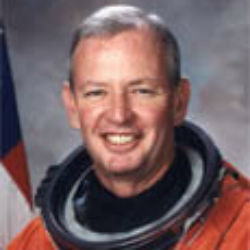 Duffy graduated from the USAF Academy in 1975. He completed Undergraduate Pilot Training at Columbus Air Force Base, Mississippi, in 1976, and was selected to fly the F-15. He was stationed at Langley Air Force Base, Virginia, until 1979. At the end of 1979 he transferred to Kadena Air Base, Okinawa, Japan. He flew F-15s there until 1982 when he was selected to attend the U.S. Air Force Test Pilot School. Following graduation, he served as the Director of F-15 Tests at Eglin Air Force Base, Florida.