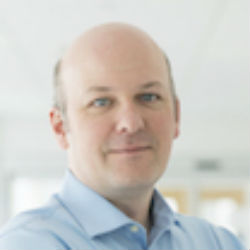 Travis D. Breaux is an Assistant Professor of Computer Science and Engineering and Public Policy, appointed in the Institute for Software Research of the School of Computer Science at Carnegie Mellon University. Dr. Breaux's research program searches for new methods and tools for developing correct software specifications and ensuring that software systems conform to those specifications in a transparent, reliable and trustworthy manner. This includes demonstrating compliance with U.S. and international accessibility, privacy and security laws, policies and standards. Dr. Breaux is the Director of the Requirements Engineering Laboratory at Carnegie Mellon University. Dr. Breaux has several publications in ACM and IEEE-sponsored journals and conference proceedings. Dr. Breaux is a member of the ACM SIGSOFT, IEEE Computer Society and USACM Public Policy Committee.

Prior to coming to the Carnegie Mellon University, Dr. Breaux received the Doctorate of Philosophy in Computer Science from North Carolina State University (NCSU) in 2009. Dr. Breaux also holds Baccalaureate degrees in Computer and Information Science from the University of Oregon and in Anthropology from the University of Houston. He has conducted research at the Institute for Defense Analyses, the IBM Thomas J. Watson Research Laboratory, the Oak Ridge National Laboratory and the Center for Education and Research in Information Assurance and Security (CERIAS) at Purdue University. In 2000, Dr. Breaux served as a volunteer in the United States Peace Corps in Mongolia, before transitioning from anthropology to computer science.