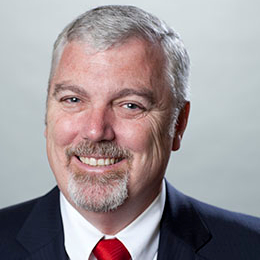 Dr. Olwell joined St. Martin's University as Dean of the Hal and Inge Marcus School of Engineering in the summer of 2015. Prior to this, Dr. Olwell was Professor of Systems Engineering at the Naval Postgraduate School.  He chaired the Department of Systems Engineering for five years, and was the campus-wide elected Chair of the NPS Faculty under their shared governance model. His research areas have been reliability engineering, systems engineering foundational issues, and engineering curricular development. He is the author of three textbooks and a research monograph, and co-edited Statistical Methods in Counter-terrorism (Springer, 2006). Dr. Olwell have served on four doctoral committees and has been the thesis or capstone advisor for over 90 masters students. He is a commissioner on the ABET Engineering Accreditation Commission following service as an alternate member of the ABET Board of Directors, and has chaired five ABET visits, and has been assistant chair for two WASC visits. Dr. Olwell is a Fellow of the American Council on Education.  He has served on the board of advisors for the Department of Systems Engineering at the Military Academy. Dr. Olwell is on the Corporate Advisory Board for INCOSE and also serves on its Academic Council.

Dr. Olwell earned a Bachelor of Science Degree (with distinction) from the United States Military Academy. His graduate education includes two master’s degrees (Mathematics and Statistics) and a doctoral degree in Statistics, all from the University of Minnesota.

Dr. Olwell was an associate professor at the US Military Academy prior to joining the faculty at the Naval Postgraduate School in 1998. He was Director of the Mathematical Sciences Center of Excellence at West Point, and Associate Chair of the Operations Research Department at NPS. He has also served as the associate director of the Meyer Institute for Systems Engineering at NPS.

Dr. Olwell is married to Karen Louise Olwell, with three grown sons and one grandson. He enjoys sailing, and is active in the Knights of Columbus and the Elks Club.