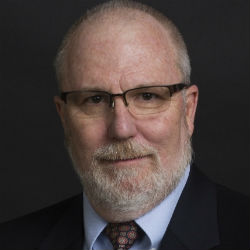 Rob spent twelve years working for Boeing in Philadelphia primarily as a lead avionics engineer and an enterprise architect. During his seven years at Lockheed Martin he was a lead software engineer, and a system architect on a number of efforts and proposals. As the lead software engineer and lead process engineer, he was part of the leadership team that worked with the Navy to move the Aegis combat system to an object oriented software product, using an iterative development process.

Rob belongs to the International Council on Systems Engineering (INCOSE), IEEE and ACM. Rob received his Ph.D. in Systems Engineering from Stevens Institute of Technology, and also holds an M.B.A. from Eastern University, and a B.S. in Physical Science from the United States Naval Academy. Finally, he and his wife raise puppies for The Seeing Eye to serve as guide dogs to the blind.