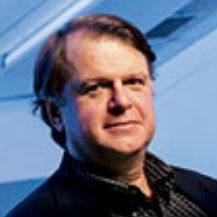 John S. Baras holds a permanent joint appointment as professor in the department of electrical and computer engineering and the Institute for Systems Research. He was the founding director of ISR, which is one of the first six National Science Foundation engineering research centers. Dr. Baras is the Lockheed Martin Chair in Systems Engineering and is the founding and current director of the Center for Hybrid and Satellite Communication Networks, a NASA commercial space center. He also serves as a faculty member of the university’s Interdisciplinary Program in Applied Mathematics and an affiliate professor in the Computer Science Department.

A Fellow of the IEEE, Dr. Baras has served the organization in various leadership positions. He also serves on the editorial boards of numerous mathematics and engineering journals and book series, and consults extensively with industry and government on various automation and telecommunication problems. He is the recipient of two Invention of the Year awards from the University of Maryland, holds two patents, and has received many awards for his research and publications. Dr. Baras received his B.S. in electrical engineering from the National Technical University of Athens, Greece, and the M.S. and Ph.D. degrees in Applied Math from Harvard University.