This three-day event unites all sectors of the systems engineering and acquisition research communities–government, industry, and academia–and provides an opportunity to share progress on research addressing the most challenging issues facing the Department of Defense (DOD) and other federal departments and agencies. 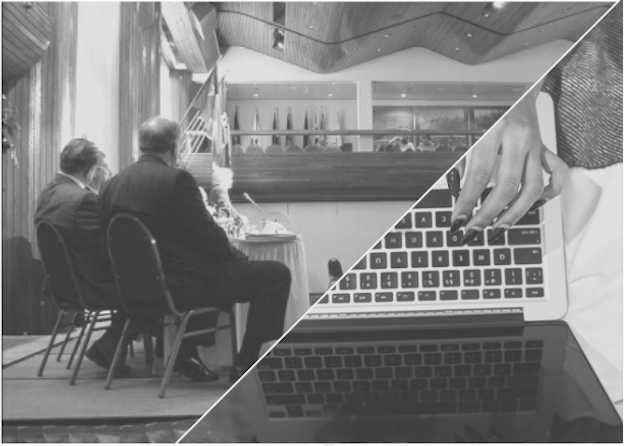 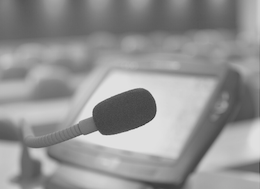 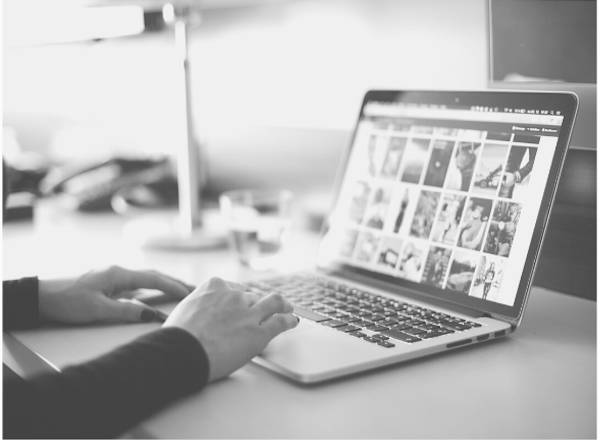 All times listed in Eastern Time

Mr. O’Donnell was appointed to the Senior Executive Service in August 2015. He has been involved in all phases of Department of Defense acquisition, sustainment, research, and engineering since joining the defense acquisition workforce in 1984. As the Deputy Assistant Secretary of Defense for Platform and Weapon Portfolio Management (PWPM), he is also responsible for managing and analyzing major platform and weapons capability portfolios across the Department. He served as the Executive Director of the Joint Rapid Acquisition Cell (JRAC) until March 2019. He was the Staff Specialist for the Joint Ground Robotics Enterprise prior to coming to the JRAC. He started in the Pentagon as a Staff Specialist in the JRAC providing rapid responses to warfighter needs and assisting in providing equipment to the Afghan National Defense and Security Forces. He has a Mechanical Engineering BS from Clarkson University.

Prior to coming to the Pentagon, he was the Head of the Acquisition and Technology Department, at the Naval Explosive Ordnance Disposal Technology Division. He led a group of scientists, engineers and technicians that develop, test, acquire and maintain equipment for the over 5,000 Joint Service Explosive Ordnance Disposal (EOD) Technicians. He has received the Office of the Secretary of Defense Medals for Exceptional and Meritorious Civilian Service, two Navy Superior Civilian Service Awards, a David Packard Excellence in Acquisition Award, a Secretary of Defense Award for Excellence and a Naval Sea Systems Command Collaboration Award. He is married to Amy, the Deputy Technical Director at the Naval Surface Warfare Center, Indian Head. Their three children are Alan, a Virginia Tech Electrical Engineer; Calaa, a University of Washington Architect; and Caitie, a Clemson Electrical Engineer.

Mr. Holliday has over 30 years of professional experience leading technological innovations, in both government and the private sector. Most recently, he was a Senior Engineer at the RAND Corporation working on autonomous vehicle safety metrics and policy, explainable artificial intelligence, swarm robotics and drone defense. Previously, he served as Senior Technical Advisor and Special Assistant to Frank Kendall, Under Secretary of Defense for Acquisition, Technology and Logistics. Mr. Holliday helped establish the Defense Innovation Unit Experimental and was a member of the Defense Science Board. Mr. Holliday has also worked for the Department of Energy (DOE) as a project manager for the U.S.-Russia Nuclear Material Security Task Force. He was awarded the DOE’s Meritorious Service Award, its highest, for his exceptional service in helping secure tons of weapons grade nuclear material. Prior to his government service, Holliday was a senior engineering and robotics professional at the Lawrence Livermore and Sandia National Laboratories, as well as various robotics start-ups and technology companies in Silicon Valley.

Mr. Holliday is a co-organizer of Black in Robotics, a virtual world-wide community of roboticists and their allies whose mission is to bring together Black researchers, industry professionals and students in robotics to mutually support one another to help navigate academic, corporate and entrepreneurial paths to success. He is also Co-Founder of Robot Garden, the robotics-themed hacker space in Livermore, California. He also has been working with Bay Area public schools lecturing on robotics and teaching robotics through the Citizen Schools program in East Oakland. Mr. Holliday was named Citizen Schools Volunteer of the Year for 2012 and was also recognized with a Presidential Volunteer Service Award from the White House for his efforts. Before leaving government service in 2017 he was awarded the Secretary of Defense Medal for Exceptional Public Service recognizing his contributions to national security through his considerable and trusted advice on multiple DoD initiatives.

Mr. Holliday graduated from Carnegie Mellon University in 1984 with a Bachelor of Science in Mechanical Engineering. He later won a scholarship to attend Stanford University where he earned a Master of Science in Mechanical Engineering Design, with an emphasis on robotics, international security and arms control. Mr. Holliday also won a scholarship to attend the International Space University in France and was a two-time finalist for the U.S. Astronaut Corp.

Abstract: Dr. Mark Blackburn will lead a tutorial on the development and evolution of the NAVAIR Skyzer Surrogate Pilot Model that will discuss the following: development of a “Full Stack” of models that links to a model-based systems engineering (MBSE) cost model; use of a reference cost model as a starting point and creating a specific cost model that maps to the Skyzer system and Contractor/Request for Proposal (RFP) response models; and leveraging the Authoritative Source of Truth (ASOT) for extending models to satisfy specific stakeholder concerns (e.g., cost, airworthiness, cyber) and link back to key technical information included in the “Full Stack” of Skyzer models using Project Usages.

Attendees will also receive a tour of the Skyzer Cost Model that includes scenarios for a cost roll-up pattern, report generation, and mechanisms that allow subject matter experts to cost values using an Export/Import spreadsheet and synchronize these back into the Cost Model.

Target Audience: Systems Engineers and Architects across the DoD Extended Enterprise, and anyone interested in MBSE for developing a Cost Model that aligns with a NAVAIR Systems Engineering Method-compliant System Model in SysML.

Prerequisites/Preferred Pre-Knowledge: Knowledge of systems engineering. An awareness of visual modeling and SysML is useful, but not essential.

About the Instructor: Mark R. Blackburn, Ph.D. is a Senior Research Scientist with Stevens Institute of Technology. Dr. Blackburn has been the Principal Investigator (PI) on 14 System Engineering Research Center (SERC) research tasks for both U.S. Navy NAVAIR and U.S. Army ARDEC on Systems Engineering Transformation through Model-Centric Engineering. He has also been PI on FAA NextGen and National Institute of Standards and Technology projects and has received research funding from the National Science Foundation. He developed and teaches a course on Systems Engineering for Cyber Physical Systems and is a member of the SERC Research Council, OpenMBEE Leadership Team, and core member of the Semantic Technologies for Systems Engineering initiative. Prior to joining Stevens, Dr. Blackburn worked in industry for more than 25 years.

Abstract: Dr. Peter Beling will lead a tutorial on using modeling and simulation to support cyber resilience. Dr. Beling, joined by Tom McDermott (CTO, SERC), will discuss the latest findings from SERC security research and introduce two methods that are based upon more than six years of SERC research: 1) Framework for Operational Resilience in Engineering and Systems Test (FOREST), a meta-process model for use by the development and operational community that supports analysis and evaluation of resilience features in a system; and 2) Mission Aware (MA), a cybersecurity requirements elicitation process and MBSE metamodeling approach that captures cyber resilience requirements and patterns in a model-based design and test process for application across a systems lifecycle. The tutorial will present a step-by-step example of the methods applied to a fictional system called Silverfish, as captured in systems modeling tools.

Prerequisites/Preferred Pre-Knowledge: Knowledge of systems engineering. An awareness of visual modeling is useful, but not essential.

About the Instructor: Dr. Peter A. Beling serves as a SERC Research Council member, providing guidance in the Trusted Systems research area. Dr. Beling is a Professor in the Hume Center for National Security and Technology within the Grado Department of Industrial and Systems Engineering at Virginia Tech. Dr. Beling received his Ph.D. in Operations Research from the University of California at Berkeley and has held positions at the Center for Naval Analyses and the IBM Almaden Research Center, as well as most recently at the University of Virginia (UVA).

Dr. Beling’s research interests are in data analytics and decision-making in complex systems, with emphasis on adaptive decision support systems and reinforcement learning. His research has found application in a variety of domains, including smart manufacturing, resilient cyber physical systems, finance, and consumer credit.  Previously at UVA, he directed the Adaptive Decision Systems Laboratory, which focuses on data analytics and decision support in cyber-physical systems. He is the co-founder of the Financial Decision Engineering research group at UVA, which is a focal point for research on systems engineering approaches to decisions and analyses in the financial and consumer credit domains. Dr. Beling has served as editor and reviewer for many academic journals and has served as a member of two National Research Council panels.

Registration fees for this year’s event will be waived for all those who pre-register.